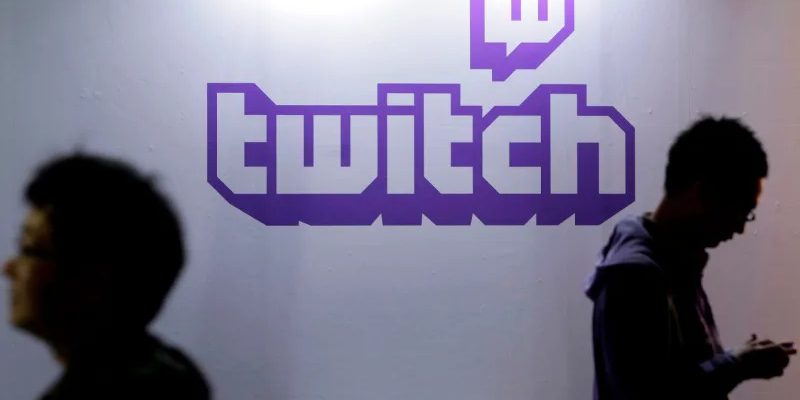 Unless you’ve got the world’s most powerful ad blocker, you’re probably painfully aware that it’s Prime Day, a holiday that Amazon made up because it could. Deals parade naked in the streets and the company hosts glitzy concerts, all to encourage Amazon Prime subscribers to stick around. For the second year in a row, however, some Amazon warehouse workers are striking in the midst of all this; workers in Germany are striking over unfair pay, whereas workers in Minnesota are striking over unsafe working conditions. Amazon owns Twitch, and some streamers are boycotting the streaming platform for the next two days as a show of solidarity. For other streamers, though, the situation isn’t so black and white.

Last year, warehouse workers in Germany, Poland, and Spain chose to strike during Prime Day. Again, this year, Amazon workers in Germany are striking again, and now also, workers at a fulfillment center in Minnesota are joining the strike. “Amazon is going to be telling one story about itself, which is they can ship a Kindle to your house in one day, isn’t that wonderful,” said William Stolz, a Minnesota-based Amazon employee and strike organiser, to Bloomberg. “We want to take the opportunity to talk about what it takes to make that work happen and put pressure on Amazon to protect us and provide safe, reliable jobs.”

Amazon, which is run by the single wealthiest man in the world, finally increased its minimum payment for warehouse workers in the United States to $15 late last year, after painstaking campaigns from workers and pressure from politicians like Bernie Sanders. However, many still feel that the company’s focus on productivity quotas often comes to blows with basic standards of workplace safety. In addition, workers hope to see more temp gigs turn into full-time employment. In addition to the strikes in Minnesota and Germany, protests are taking place in San Francisco, New York, Seattle, and locations in Europe.

[Update 7/15/2019, 8:20 PM ET: In an email to Kotaku, an Amazon spokesperson defended the company’s current practices, saying that employee safety is “our number one priority” and that “training is constant, both in making sure employees know how best to work with the technology in the facility and also how to prevent injuries.” The spokesperson also said that “more than 75 percent of associates are already exceeding rate expectations before any changes are considered” and the company supports “people who are not performing to the levels expected with dedicated coaching to help them improve.” As for the Minnesota facility specifically, the company says that 90 percent of workers are full-time employees, and over 100 temp workers have been offered full-time jobs this year.]

Meanwhile, on social media platforms, people are encouraging others to steer clear of Amazon-owned products and platforms like Kindle, Audible, Goodreads, IMDB, Whole Foods, Comixology, Amazon Web Services, and Twitch. During this time period, however, Twitch is also running its own Prime Day event titled “Twitch Sells Out,” which may not have been the most amazing naming choice in light of the whole strike thing. Twitch describes Twitch Sells Out as a “shoppertainment-style program” in which popular streamers talk up deals in the ever-fertile fields of gaming, electronics, and of course, “related products.” All of this has sparked a debate about what exactly it means to cross a picket line when the company in question has its fingers in innumerable pies and you’re a contractor on a platform where a couple days of radio silence can be ruinous.

For some Twitch streamers, going dark for the next two days is a no-brainer.

“I think it’s really simple to show solidarity to people who have it hard,” said Adam “Yoman5” Hernandez, a competitive Magic: The Gathering streamer who won’t be streaming for the next two days, in a Twitter DM to Kotaku. “A two-day strike did wonders already over at Polygon, and while that’s a much smaller affair, a strike is really disruptive to the company’s production and can force the company to actually address concerns. A boycott in solidarity with the strike can hit Amazon in the only place they care: sales numbers.”

Josh Boykin, a video game critic who regularly streams on Twitch and who’s planning to host a Tacoma-themed discussion about mega-corporations on his first day back on Twitch later this week, agreed. “Amazon workers have striked many times beyond Prime Day, but taking these two days off in particular helps give more attention to their collective action and is a small way I can help raise awareness to their efforts,” he said to Kotaku in a DM. “I’ve benefited from being on Twitch, but Twitch and Amazon have both taken steps that seem to negatively affect the health and safety of the people that power their ecosystems. Whether it’s streamers experiencing harassment or workers in unfair labour conditions, I think, for those of us who have the ability, it’s worthwhile to take some time and make sure we’re all thinking about these issues and the many others that come with our work.”

“Whether it’s streamers experiencing harassment or workers in unfair labour conditions, I think, for those of us who have the ability, it’s worthwhile to take some time and make sure we’re all thinking about these issues and the many others that come with our work.”
But for some streamers, it’s not so simple. Twitch is a platform designed to funnel people down rabbit holes of near-infinite content by way of pages full of algorithmic recommendations, tags, browsing features that encourage you to look around even while watching other streamers, and more. Twitch viewers can be fickle, seemingly prone to seeking out new entertainment (and retracting valuable subscriptions) when streamers aren’t rigorously sticking to a regular schedule. Two days off may not seem like a lot, but for some streamers who are trying to maintain sustainable viewership’s or even just push for them via things like Twitch’s partner program—which requires an average of 75 concurrent viewers per stream—it’s a bridge too far.

Even though Hernandez is striking himself, he says he gets why not everyone would. “Twitch streamers are independent contractors under Amazon with no guaranteed income,” said Hernandez. “There are drastic negative consequences on that income from taking days off streaming. Even a day or two can really hurt someone’s ability to maintain a following and I don’t think it’s fair to ‘make’ them join the strike. Streaming is not my primary income so I can personally take that step and just delay my usual Monday stream to not coincide with the strike and boycott, but I know the harsh realities of streaming and the compounding effects of a day or two off compared to other jobs.”

It’s worth noting that few top streamers are supporting the boycott, despite almost certainly having the means and bandwidth to do so. A whole host of bigger streamers, meanwhile, are participating in the Twitch Sells Out event. Kotaku reached out to a handful of them to ask if business obligations compelled them to do so in spite of the strike, but did not hear back as of this publishing.

There’s been no small amount of discontent directed at streamers who’ve opted to go live despite the strike. This has led to calls for people to understand where some streamers are coming from.

“If you are participating in the Amazon strike, please please do not punish Twitch streamers for working,” said PinkuShika, an artist who’s streaming today, on Twitter. “Many use it as a platform to earn income to pay rent, bills, and buy food. Most don’t have other sources of steady income, like artists! Taking a break is not an option for some.”

Adam Koebel, a tabletop-focused streamer who often speaks up about workers’ rights, initially expressed this viewpoint in even stronger terms, saying on Twitter that people should “buy shit for cheap today if it makes you happy, or boycott Amazon altogether” and apply a similar approach to Twitch, because ultimately “when we eat our comrades alive for not being left enough,” corporations and other powerful entities win. In a Twitter DM to Kotaku, however, Koebel said that he’d deleted his initial tweet because he realised it came across as flippant. What he was trying to convey, he said, was how Amazon has wormed its way into countless elements of our lives both on- and offline and how that makes expressing solidarity more complex than it might initially seem.

“I think what’s happening is this deep, weird problem where we want to fight back against bad corporate practice (in this case, warehouse worker treatment) and if this were a simpler world, it’d be a case of just supporting the strike directly,” he said. “Because Amazon is so deeply ingrained in our entire internet experience, we’re seeing secondary Amazon services like Twitch, and the independent folks who use those services for a living, being assigned solidarity violations by association.”

Amazon’s domination and the disembowelment of workers ensnared in its many tendrils, Koebel explained, puts everybody involved in a position of precarity, to the point that even a simple strike can be a tenuous proposition. This is good for the company and bad for workers who want more. Solidarity in times of protest is meant to get around these sorts of practices—thus people’s distaste for scabs—but Twitch’s structure makes it uniquely difficult.

“I don’t have an answer about whether it’s ethical or not for any given person to broadcast on Twitch during Prime Day,” Koebel said. “I think it’s a reasonable thing for people to avoid services provided by Amazon in solidarity. I don’t know that it’s the right choice for every broadcaster to risk their livelihood during that same period. I hope people will consider how they criticise one another over it. I made a badly-expressed point, and I’m thankful for the response I got to it and to have the chance to come at it from another angle. Is broadcasting the same as crossing a picket line or buying a new TV during Prime Day? I don’t know that I have a concrete answer.”